Transients Take Many Shapes – Test Them All!

In the conclusion of Elite’s transient testing series, Tom Klouda and Tom Braxton review the family of magnetic-field and damped-wave immunity tests. Read more from our transient series in Part 1, Part 2, Part 3 and Part 4.

All transients have a common trait: they’re just passing through.  An electrostatic discharge (ESD) is a quick spark that passes in microseconds; an electrical fast transient (EFT) happens in rapid-fire bursts; and voltage surges wash over a device like a sudden wave hitting a boat.

Elite Electronic Engineering’s Tom Klouda has been running and observing these immunity tests for many years and explains that ESD, EFT, and surges are fast, high-energy events.  However, there are other transients that aren’t as dramatic but also pose threats to electronic devices. Among those are impulse magnetic fields, damped oscillatory magnetic fields, ring waves in low-voltage cables, and damped oscillatory waves.

The electrical threats are real and there are standards dealing with them all. Elite can help you navigate your way through the transient underbrush and run the immunity tests verifying your product’s ability to shrug them off.  This is why they’re called immunity tests: how immune is your product to a real-world disturbance?  Here’s a summary of the family of other transient standards and their tests.

Tom goes on to explain how these immunity tests apply and what conditions they’re designed to meet.

IEC 61000-4-9 spells out test and measurement techniques for impulse magnetic field immunity.  Those fields are used in the manufacture of permanent magnets, therapeutic medical services, and other specialized applications.  Like any other electrical event, effects of those impulses can find their way into unrelated equipment.  The immunity tests Elite performs under IEC 61000-4-9 measures how well a product continues to function.

The image below shows a typical setup. A combination wave generator (CWG) generates the currents specified in the standard, which are applied to a magnetic-field antenna coil that surrounds the equipment under test (EUT). Depending on the EUT’s shape and size, the test might be repeated with the coil in different positions surrounding the EUT.  The magnetic impulses are applied while the EUT is monitored for normal operation.

The images below show the waveform and a typical test setup as defined in the standard. Tests are specified at multiple current levels and for different size induction coils.

Magnetic pulses can originate from a variety of sources, including nearby lightning strikes, power plants, and high-voltage substations.  The test plan drawn up in concert with the regulatory test engineer will specify the EUT configuration and the specifics of the test application.

The figures below show the waveshape and configuration of the oscillatory pulse specified by IEC 61000-4-10.  The current level and repetition rate of the waveform will be specified in the test plan.  Those choices depend on the EUT’s intended application and environment where it’s to be installed.  The EUT is monitored for any response during the test, following the failure criteria described in the test plan. 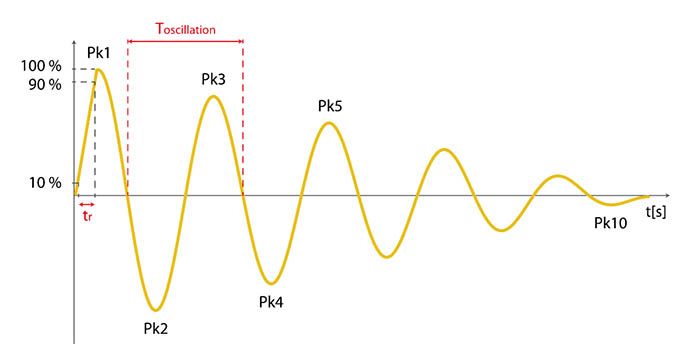 Yet another flavor of immunity verification for oscillating transients is the ring wave test, described in IEC 61000-4-12.  Ring waves are non-repetitive, like the single ring of a bell, hence the name.  Peak levels vary from 250 to 4000 volts and have a repetition rate between 1-60 per minute.

The figures below show the waveform specified in IEC 61000-4-12.  Note its difference from that of the damped oscillatory wave: it represents the ringing of a single transient event.  The image on the right is a schematic drawing of a simple coupling/decoupling network (CDN) that allows the ring wave generator to apply the wave to the EUT’s power lines. 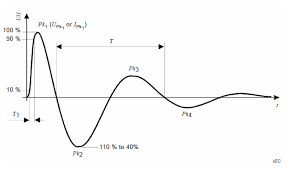 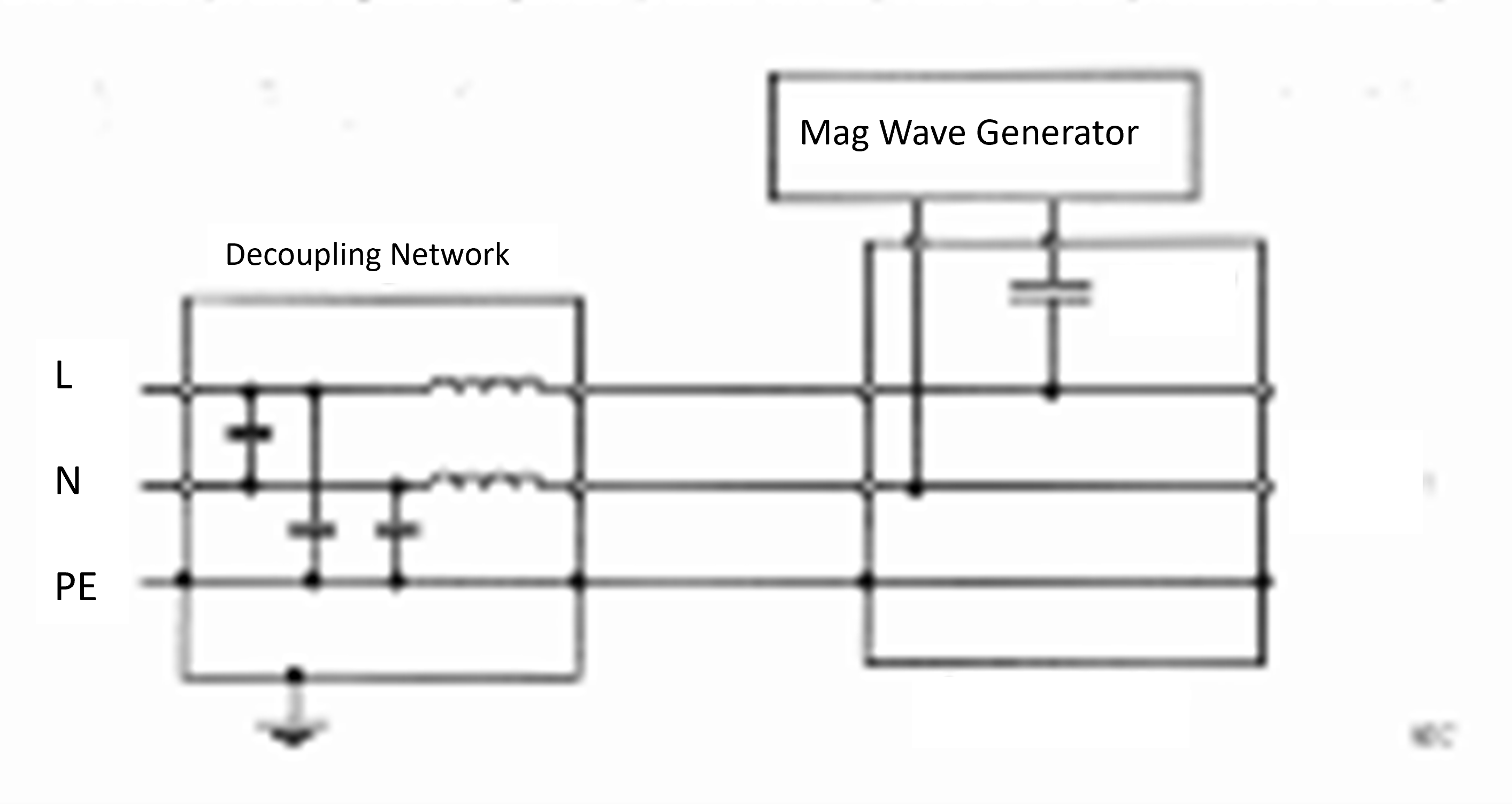 Both slow-damped (100 kHz, 1 MHz) and fast-damped (3 MHz, 10 MHz, 30 MHz) waves are described in the standard, at levels for both common mode and differential mode injection through the CDN.  Again, the test plan crafted by the development and test engineers will identify what levels, rates, and modes are appropriate for the EUT’s application.

The images below show the waveform and coupling example as defined in the standard. 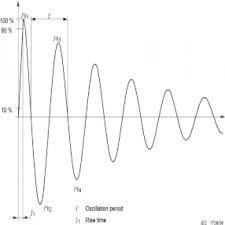 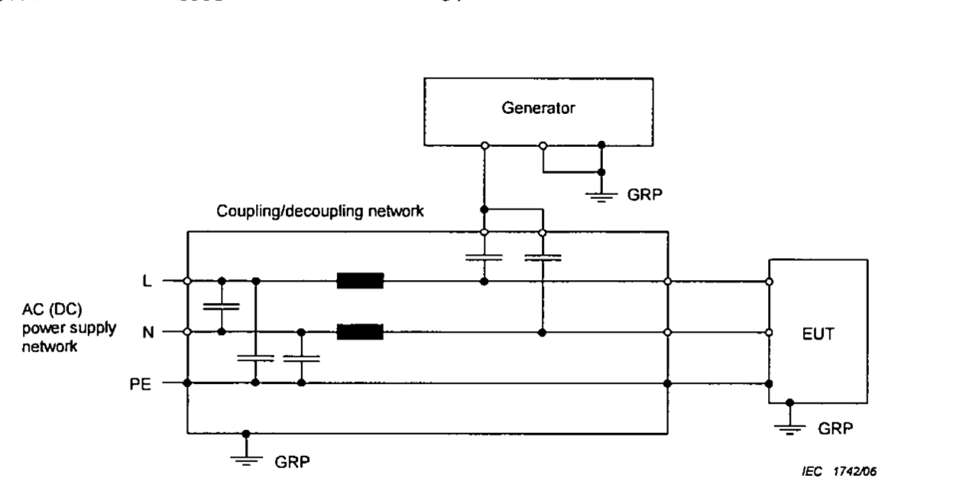 A product intended for use in a harsh environment, like near a power-distribution or generating station, should be tested for the full range of transient immunity.  The same immunity tests are applicable for devices used in places surrounded by sudden electrical events like lightning strikes or power switching.  Which ones apply to your product?  Contact the experts at Elite, and they can help you determine what combination of these immunity tests best fit your application requirements.

Elite’s expertise, timeliness, and trusted results have set a high bar for 65 years.  When you have questions on these or any other of the array of tests your product needs, contact Elite for the answers.