Aerospace technology operates at environmental far edges. Equipment installed on spacecraft and in military applications deal with temperature extremes, direct lightning strikes, and earth-shaking vibration. Devices need to prove their ability to keep working when they’re hit by those shocks. 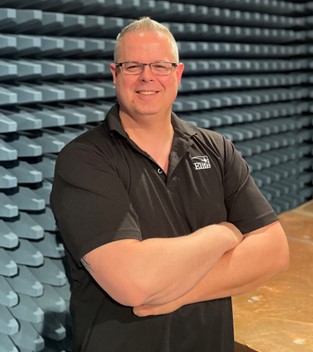 Adam Grant is among the expert staff at Elite who understands the need for reliable aerospace operation.  In 19 years as an engineer in Elite’s Miltary and Aerospace EMC Testing lab, he’s run tests on the devices that keep planes and rockets in the air.

Adam’s interest in aerospace began at an early age. Fascinated with space travel and rocketry as a high school freshman, he attended the Space Academy at the Marshall Space Flight Center in Huntsville, Alabama. The planned launch of NASA’s Artemis 1 moon mission brings Adam’s background into sharp focus.

The week-long experience opened his eyes to the aerospace world. “We did simulations as flight crews. That showed us how difficult it can be to pilot a spacecraft,” Adam said. “The ground crew simulations came after that, so we saw both ends of a mission.” 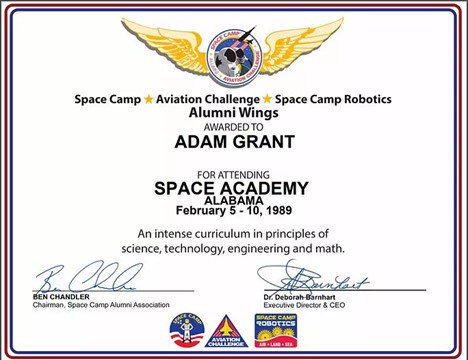 He started working at Elite a year or so after graduation from DeVry University. “When I was getting into aerospace when I was in high school, I never thought I’d be testing that same equipment as a career.” Adam has done lightning and electromagnetic compatibility (EMC) testing for the military-aerospace industry, along with automotive EMC, areas that are critical to public safety. “It’s been interesting,” he said. “It’s a good environment at Elite that really is operated as a family.”

The work requires mental discipline, something Adam developed while rising to the level of third degree Black Belt in Taekwondo. He started training in high school, and for a few years was an instructor in his off hours. “I still do the occasional training and stay with it to keep in shape.” The physical benefits are real and has made him appreciate the value of focus and ongoing study.

The Taekwondo blackbelt in action

Adam describes his twelve-year-old son and eight-year-old daughter as bright stars. “They could easily go into engineering – I sometimes ask them when I have technical questions.” They take an interest in the kind of work he does, which he understands. At their age he was fascinated by the tools of space travel and aviation.

Adam’s expertise and curiosity led to his most recent move into Elite’s sales and marketing group. “I wanted to try another part of the business,” he explained. The chance to describe the testing process to customers when they call was attractive to Adam. When you call to ask about getting a quote and planning tests of your aerospace or automotive device, you’re likely to talk to Adam. He’s seen it all and can explain the standards and how they apply to your product.

Adam is another reason Elite is your first choice for trusted, timely testing. If you talk with him, he can arrange the right test at the right price on your schedule. And he might tell you how to operate a spacecraft, too.